As a direct result of CU’s software, authorities were able to retrieve COVID-19 test results for a remote WA Community, clearing the population of a perceived threat within hours (historically up to 10 days).

Health authorities are investigating why five false-positive COVID-19 test results have been recorded at a community in the remote Kimberley, each of them prompting an emergency containment response.

There have been about 10 false or weak positive test results across WA in recent months, but it is the cluster in the far north that has microbiologists baffled.

Health authorities are not naming the Kimberley community that has recorded the unusual results, to protect the privacy of the residents.

Medical director for the Kimberley Aboriginal Medical Services, Lorraine Anderson, said the result is hard to explain, but does not pose a risk of infection.

“If you have a COVID test you have to isolate yourself until your test comes back negative,” Dr Anderson said.

“Out of the thousand or so tests we’ve done on the machines in the Kimberley, we’ve had five come back as a weak positive result.”

The five individuals were kept in isolation and tested again and the results were found to be false positives.

“They’ve been acted upon quickly and re-tested quickly on another platform and confirmed to be COVID negative,” Dr Anderson said.

“There’s lots of hypotheses as to why that might be the case and it’s certainly something that the microbiologists in Perth are spending quite a bit of time on trying to work out.” 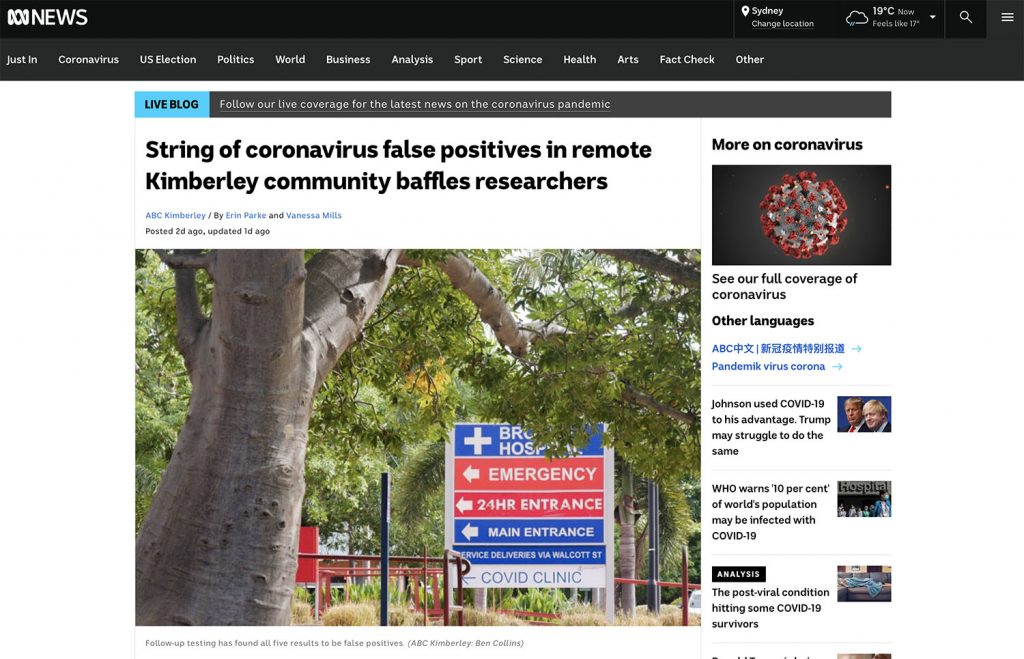 If the five results were unconnected, authorities would likely accept these false positives as an expected artefact of testing large numbers of people.

But coming from the same location suggests some other factor is at work.

“Operator and machine error has been ruled out,” Dr Anderson said.

“These machines and the testing follow very strict quality controls and we’re very confident that this is not about the people taking the test and it’s not about the machine that’s being used.”

One explanation may be the presence of an unusual and unrelated virus that is able to trigger a weak positive result in the rapid testing being used in remote communities.

“You’re testing very small parts of the virus and sometimes there’s a crossover with other viruses or with other elements that are around,” Dr Anderson said.

While that may be interesting for microbiologists, Dr Anderson said it does not pose a risk to the general public.

“It’s not anything to be concerned about,” she said.

Despite the unexplained test results, the head of public health operations at WA Health, Ben Scalley, said rapid testing machines are a vital part of the testing regime, especially in regional and remote WA.

“It’s really important we have access to tests that we can get results from in a timely manner,” Dr Scalley said.

“It’s still a swab to the throat and nose and the result is returned in an hour or two.”

The rapid testing has only been used in particular circumstances, Dr Scalley said.

“There’s a limited supply that we have of rapid tests, so we need to use them carefully,” he said.

Dr Scalley said the false positives in the Kimberley are not typical of the rapid testing.

“It’s only happened a handful of times on the rapid test or the full test and that’s a high level of performance for WA.”

Dr Scalley said that most importantly for community health, false negatives where an infected person could be left in the community, were very rare.

“The rapid test is very good at picking up when the person does have disease,” he said. 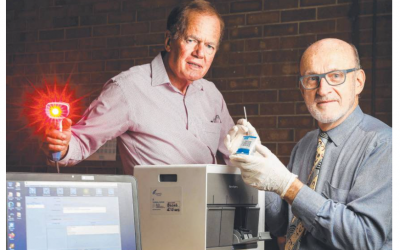