Providing system where there is no system 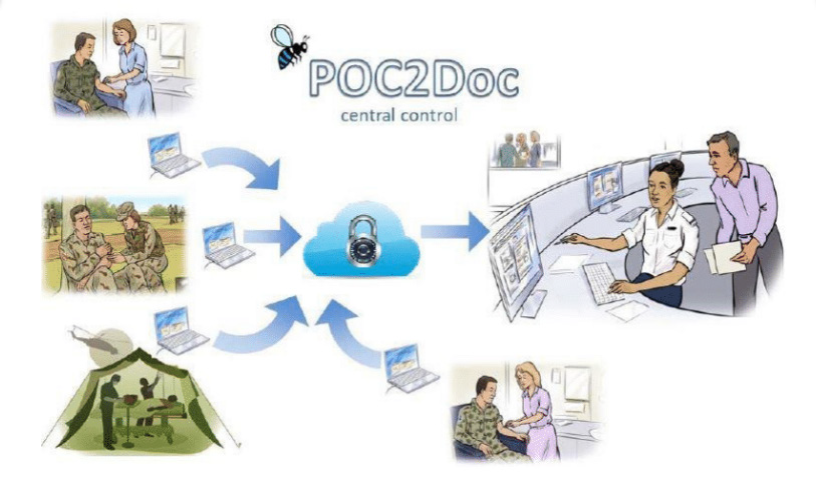 POC2Doc was originally developed at the suggestion of a manufacturer, who had found that their device users wanted to record and analyse test results, but often had no EHR system, or a system that could not provide the detail they needed.

POC2Doc has since proved to have wider value, providing four core functions:

Analysis and reporting for POC users, across all of their devices at one site. Users may prefer this to the facilities within their own computerised patient information system or outside of it.

Supports central control of large POC networks, such as Defence, in monitoring usage of devices and storing test results into central health databases.

Assists laboratory scientists in monitoring usage and supervising the quality of test results.

Allows remote POC end-users to have access to POC2Doc at the central site. According to their privileges, they may have access to a single site’s data; or to a domain of several sites.

The Kirby and Burnet Institutes chose POC2Doc as the central management technology for the important TTANGO project. This, Test, Treat And GO project aims to improve the cultural, operational and cost-effectiveness of POCT for infectious disease in remote communities.